The forces of evil were pushing for Hillary Clinton: the globalists, the lawless, and the entrenched establishment of both political parties.

The forces of good are pushing for Donald Trump, who even before he became president was exposing and removing the corruption that is rampant throughout Washington DC politics. useful link News2morrow was first to declare that God was going to use Donald Trump as His “bulldozer” to push out the globalist agenda and prepare the way for an American Awakening (See article: John Paul Jackson and President Donald Trump).

Many other Christian prophets have expressed that God has His hand on Donald Trump. This is why Trump has come through impossible odds to get him to where he is today — just a few short days away from a landslide victory.

Donald won the election — against impossible odds! — because he was ordained by God. If God hadn’t intervened in the election, this nation wouldn’t survive a Hillary presidency.

Donald has been anointed for this hour, for the Lord will prepare the way for a revived American economy and a renewed American spirit, where our Judeo-Christian heritage is honored and where truth and justice prevail again.

All of this is taking place because God desires to bring about the Third Great American Awakening, which will spread globally. God is preparing to harvest the world before the return of His Son, Jesus Christ.

So, take heart. You are watching God’s hand in America, through Trump, to save us from our destructive path to a more hopeful future. That’s why it’s a great time to be alive.

So this About Us page is actually turning into a reflection about conditions of the world, and all of us in particular, rather than the Editor.

I will say that my first career was in TV network news, working for all the major networks. But God kept on showing me — through the news I was watching! — how His signs that herald His return seem to be coming to pass.

So, now I’m a Broadcast Minister and the views and insights in news2morrow will give you needed understanding in the days we’re living in and the hope for a better 2morrow once Christ returns. 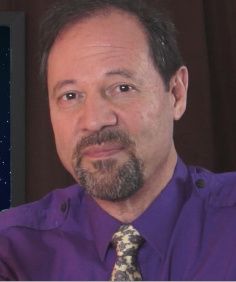 [Lou Comunale has been featured on a number of internet, radio and cable interview programs, and has debated Dr Michael Brown over the Christian’s defense of the Donald Trump candidacy. He is available for public speaking opportunities and interviews.]

Some have desired additional information, specifically along the area of my Christian beliefs.

I just came across your videos and website. Before I spend too much time on your materials I would like for you to provide to the Christian community what your biblical beliefs are. Could you please post a statement of faith somewhere where we can determine and discern your teachings? Thanks

Thank you for your request. That’s actually a great question.

My background is in both Christian ministry and major news networks. After decades of being a Christian (I got saved when still a teen!) and working for various ministries, God deigned for me to create a News website incorporating both aspects of my background – without the Christian trappings that can cause some in the world to immediately disregard the truth.

News2morrow began simply by showing how regular news events were leading to the return of the Lord, in the hopes of convincing a secular audience and winning souls. That was always the objective. However, God has been moving me more recently into teaching the body of Christ the real “News2morrow” of His return and the events that will lead to it – and that means, in part, speaking the truth that there’s no pre-trib rapture and laying out accurately God’s end-time plans.

Maybe I do need to begin thinking about forming a “beliefs statement” for my website. But for now, my beliefs form the standard, basic Christian theology.

And, by the way, eschatology has always been at the forefront of my interests.

After my last job in ministry, I waved my resume before the Lord and I said I wanted to work for You, Lord. I owned a home in Long Island, NY, at that time. The Lord spoke to me about selling that home and moving to an unknown location.  By the time my home went up for sale, I knew where I was headed – Texas.

When I got here, the Lord told me to rest. So for six to eight months I didn’t work but I just spent more time with the Lord, meditating on His word, cultivating hearing His voice, worshipping and praising Him.

Then during the summer of 2017, the Lord prompted my spirit to write my book, “Escape the Coming Antichrist – When the Pre-Tribulation Rapture Fails (and it will!),” which I just recently published.

I’m still not getting a living income (I’m using proceeds from the sale of my home for expenses). Each day I get up and hear from the Lord about what I need to do. Quite often, since the publication of my book, the Lord has me working on promoting the book in some way in videos or on networking.

I know the Lord will use this book to teach the church a much needed truth about the end times. We’ve been blindsided with the pre-trib error for decades and it will ill prepare the church for the days ahead, unless they embrace this Mindshift of truth.

I’m just a simple man, trying to fulfill my destiny in Christ Jesus before I go to be with Him.

I hope that answers your question, George. Thanks for the opportunity to respond. Feel free to respond in anyway.

Bless you in all you do for the Lord.

The Rapture for Dummies :)

Is Church in Great Trib?

In Defense of a Christian’s Support for Trump

God Called Trump a Bulldozer — Why?

No Christian Should Vote Democrat, Period!

News2morrow has been established to deliver news and prophetic insights in this pulsating "biblical age."

We believe that the Lord has intervened in America's political scene in order to save it before destruction. In fact, it was easy to see God's hand move powerfully in the election win of Donald Trump. Had He not, we would not have survived eight years of Hillary Clinton.

And, here's good news, we will continue to see God move more dramatically as we come closer to the Third Great American Awakening & Cultural Transformation of the nation.

We present this news with revelation bible study which alerts us to the things going on behind the scenes of today's news.