News2morrow News & Prophetic Insights
CST
Home America Reflections on the Moments We Are Living In! 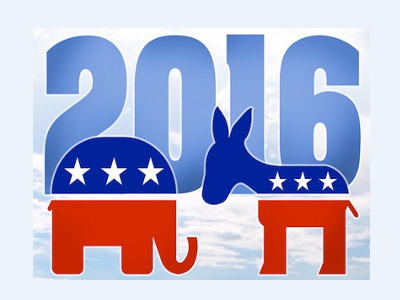 Reflections on the Moments We Are Living In!

REFLECTIONS ON THE MOMENT WE ARE LIVING IN!

unremittently The Church, Politics & The Election

Unless one has their head in the ground, we are most certainly living in a pivotal point in not only American, but global history as well.  Evidence of that is all around us, and the Biblical signs of the approaching age-altering events are there for all to see and hear. Those who have an ear to hear, let them hear. The problem is we have so many voices.

The age of the internet and smart devices …. coupled with 24/7 news, FaceBook and Twitter have given everyone a voice… including me.  I used to publish a Christian newspaper, but the days of newsprint and hard copy have given way to electronics.  When everything had to be on hard copy and news only consisted of 6 & 11 o’clock programs, it seemed that facts were important. That doesn’t seem to be the case anymore.  Anything and everything is acceptable, and truth is only a matter of opinion, not really relevant anymore.

The Bible commands us not to forsake the gathering together, especially as the day gets close (Hebrews 10:25).  I’m sure that is because there would be so many voices… we would need the clear voice of the Spirit, through the Body to discern correctly. We are right in those days.  There needs to be a unifying Spirit, so we don’t go oﬀ track. So, I going to speak into some things, and let’s see how we can move through all the clutter.

Problem at hand… we have a pivotal election, and so many are unhappy with the candidates.  I’m going to try to bring some clarity… hopefully.  The obvious truth is that we ONLY HAVE 2 CANDIDATES TO CHOOSE FROM.  There are NO other options.  I’m not sure how there can be any confusion for a Born Again, child of God. The choice is pretty obvious in my perspective. We have to remember we are not electing a Pastor or spiritual leader. We are electing a President who will oversee the political state of America the next 4 years, or more. Apathy and confusion in the Body in 2008 and 2012 brought us to this place. So, we have no one to blame but ourselves, the Church.  If you don’t like it, perhaps we should have been more on our game then.  25 to 30 million Christians DID NOT VOTE! And so, we got Barack Obama who has set the country back 50 years on racial and economics issue; not to mention our families and culture are fractured. Now we have to reposition ourselves to not let this happen again. This is not a political problem. It is, and always will be, a spiritual issue.  But, remember, what goes on in the spirit manifests in the natural.  The natural is a reflection of the spiritual condition. We have allowed ourselves to be polluted with the world, when we need to be the light, and preservative that holds back darkness. But, we are not polluted by voting for an imperfect human, running for President. Our job is to support the best possible candidate, then pray and call on the Lord to direct and change the heart of the leader. To do nothing is totally unbiblical. We are to rule and reign through the spirit. Our control is through the Lord, who has the heart of the king in his hand.

I just read a recent article by a Senior Prayer Team leader from the Kansas City International House of Prayer, which was very anti-Trump, and alluded to the fact that we would be better oﬀ with Hillary Clinton.  The article implied that by voting for Trump, God would judge us and we would “lose our (the Church’s)  prophetic voice”.  First, I don’t think the IHOP should be in the business of taking such a one-sided statement about the candidates, implying that we would be tantamount to sinning by voting for Donald Trump.  God judges the heart. We are not under the Old Covenant laws. We have a new and better Covenant, and so our leadership is spiritual and more powerful.  As believers, we are led by the Spirit… and while some may be better at that than others, we are all growing in Faith, until we come to maturity.

The major battle that is taking place in the election is for the soul of America. We are facing encroaching globalism forces that seek to usher in the One World Government that we all know will eventually come about. But, that will not happen until the “one who restrains is taken away.”  That Holy Spirit resides in the  Body, and Jesus has promised “never to leave us or forsake us.” We have not been brought to maturity yet. But, I suspect that will take place sooner than later. In the meantime, we have to work with what we have… and seek Jesus for more of His Presence.

Why is Donald Trump being trashed so profoundly? While the mainstream media literally chooses to totally ignore the flagrant and blatant acts of Hillary Clinton, they seem to cast Donald Trump into the garbage heap. On the other hand, he has never proven himself to be uncommonly evil, or outrageously deceptive. He has been in the public limelight for decades, and there has been no major perverse revelations about his character or behavior. Yes, he has not lived a Born Again existence.  But frankly the Church has not been a shining example of purity…either. 50% divorce rates… many, many improprieties in the leadership… greed and flagrant spiritual abuse are not uncommon. That is more problematic than Donald Trump. Our job is to re-access our failures… bring them to the Lord… and seek his grace and forgiveness… and finally forsake our sinful behaviors, with the help of the Holy Spirit.

Israel’s greatest king, David, was troubled deeply with sin, failure, adultery and even murder… and he was still a “man after God’s heart”.  We are not perfected yet… and so we can’t expect Donald Trump to be perfect.  But, using him to uncover the ugly hidden wickedness that has polluted our nation’s government. Never have we seen the ugly darkness that lies below the veneer of U.S. politics. This election is bringing it all out, for all to see.  My prayer has been, “Lord raise up the righteous, and put down the wicked. Reveal truth, and expose the plans of the evil one.” And, He is certainly doing that.

We cannot lose our prophetic voice by voting for Donald Trump. God has used him to call our attention to what has been going on all around us.  We are Christians first… Americans Second… and Politicians last.  We serve Jesus above all… and this is not our home.  But, while we are here, we are to be His Ambassadors for Christ, and doing all we can to keep the devil from occupying the land.

I’m going to close with this for now… because the Spirit is leading me to again write.  The spiritual empire of the devil is territorial. Ephesians Chapter 6 refers to powers, principalities and rulers of spiritual wickedness in high places. Those are territorial demonic forces that rule over people. In order to do that, the devil must occupy and control land.  When you control land, you control the people in it.  When we give up the land, the people in the land will come under the government of the demonic.  The devil rules through culture and culture controllers… There are 7 cultural controllers.. or 7 mountains as Lance Wallnau teaches:  Government, Education, Business, Arts & Entertainment, Media, Religion, and Family.  As a Church, we have put our head in the ground, and have given up 6 of these mountains, choosing to try to dominate Religion. But, we are in this world, not of this world. If we want to see change, we have to start taking back what the devil has stolen.  We cannot give up the land of America. We are the last voice of reason to world that is quickly  being possessed by everything ungodly. If our voice is silenced here, all hell will break loose.  It’s time to stand up and be the church…do not wimp out on this election. There is much more at stake than what we see with our eyes.

Until next time…. God Bless America… and America Bless God!

Rev Brad Crook now lives in SW Florida.  Together, he and his wife Nancy published The Christian Life-Times on both Long Island and SW Florida for over 16 years.  Before leaving Long Island he founded and Pastored Kingdom Harvest Ministries in Selden.  He left Long Island in 2006, retiring to his current Florida home. Over the years he has been active in the Body of Christ ministering the Word of God, in Churches and for many years in Jail ministry. God has used him  restore the lost and broken through Christ. Led of the Lord to begin writing, again, he feels called use his writing gifts to bring clarity and unity to the Body Christ in these tumultuous last days.