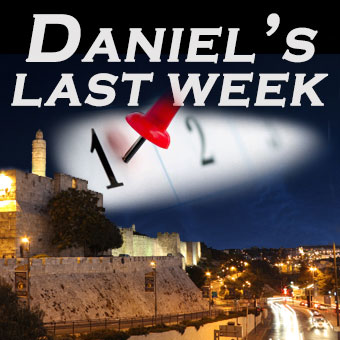 Now we come to a very important prophetic word that is relevant to our day and time!

This is Part 2 in a two-part series on Daniel’s 70 Week Prophecy. To get up to speed, start here!

This next section of scripture is going to identify the Antichrist to come. There is much speculation and confusion about the Antichrist, so it’s important to not be deceived by every “wind of doctrine” (Ephesians 4:14) that has come along. Jesus emphasized repeatedly that His people not be deceived about the Signs of the Times heralding His return (Matthew 24:4-5, 11, 23-26).

Daniel gives us one more prophetic week to be fulfilled before the return of Jesus! Using the day-for-a-year principle in prophecy (Ezekiel 4:6), we can determine that this “last week” is a total of seven years.

We are actually so close now to that prophetic week of seven years that News2morrow must conclude that the Antichrist is already alive on earth, waiting unseen in the wings for his debut performance.

And he shall confirm the covenant with many for one week: and in the midst of the week he shall cause the sacrifice and the oblation to cease, and for the overspreading of abominations he shall make it desolate, even until the consummation, and that determined shall be poured upon the desolate (Daniel 9:27 KJV).

Let’s first understand what this is not saying!

Here’s what it does tell us. The Antichrist will confirm the covenant — but what covenant?

We must remember that the Jews of today, having rejected Jesus as their Messiah, are still looking for the One to fulfill the scriptures pertaining to Messiah. Jeremiah 31:31 says, Behold, the days come, saith the LORD, that I will make a new covenant with the house of Israel, and with the house of Judah (KJV). This incidentally is a reference to Christ’s return in the Millennium. But, the Jews apply this to the first appearance of the Messiah.

Confirming the Covenant — What Jews are saying?

“It is evident that Jeremiah’s use of the term ‘a new covenant’ does not involve the replacement of the (eternal) Torah by the New Testament. Rather, it signals a renewal of the original Sinai Covenant.” — Uri Yosef, PhD (“Will the Real New Covenant Please Stand Up?”)

So that means that the Antichrist will confirm the covenant — actually renew the covenant of old, complete with the animal sacrifices and the rebuilding of the temple!  This is confirmed once you continue the scripture.

And in the midst of the week he shall cause the sacrifice and the offering to cease (Daniel 9:27 MKJV).

Therefore we can understand that, at the beginning of the seven years, he institutes the animal sacrifices (whether the temple is already built at this time or whether it begins to be built at that time remains to be seen). Then and Antichrist abruptly terminates the sacrifices in the middle of the week — that’s three and a half years later.

THE ANTICHRIST IS NOT ISLAMIC! 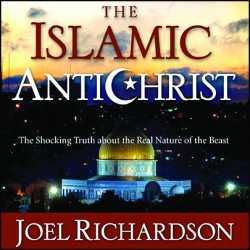 Author Joel Richardson is one of the proponents of the Islamic Antichrist teaching.

Too many well-meaning Christians are being misled into combining end-time teachings of the Bible with the Koran. This is a dangerous precedent that will certainly mislead many down a road of confusion. Perhaps without meaning to, they are trying to prove the reliability of the Holy Scripture by using the Koran as supplementary support.  They are creating a type of Chrislamization of eschatology (see here!).

Scripture says, To the Law and to the testimony! If they do not speak according to this Word, it is because no light is in them (Isaiah 8:20 MKJV; compare 2 Corinthians 6:14).

Let’s see just how problematic an Islamic Antichrist is to the realities of Middle Eastern sensibilities. We know that the Jews in the Middle East are awaiting their Messiah. Would the Jews embrace one who comes in the name of Islam, as in one who represents a religion that seeks the destruction of Israel?

Conversely, would the adherents of Islam support an Islamic leader over the Jews, who is not imposing Sharia Law on them, but is actively renewing God’s covenant with Israel — thus subjugating and making inferior the religion of Islam to the Jews? How many Muslims would revolt against that?

More problems: Jesus makes it clear that many will be deceived in the end times. What would happen if the Antichrist was Islamic? The answer is plain — many Christians would quickly denounce him as Antichrist. But suppose he comes as a Jewish hero warrior, re-instituting the Old Covenant, rebuilding the temple and protecting Israel from terrorist neighbors? How many well-meaning supporters of Israel will fall for it?

Therefore, the Antichrist must be Jewish! Incidentally, the Jewish scholars who are still awaiting the Messiah will no doubt look to the scriptures for verification of the “Messiah’s” appearance and they will give their allegiance to him.

They will be looking for one who will once again restore Jerusalem’s greatness. Remember, this is the very thing that the disciples asked of Jesus in Acts 1:6 (“Will you now restore the Kingdom to Israel?”).

… and in the midst of the week he shall cause the sacrifice and the oblation to cease, and for the overspreading of abominations he shall make it desolate, even until the consummation, and that determined shall be poured upon the desolate (Daniel 9:27 KJV).

In essence, it says that once the sacrifices to God are stopped, the Antichrist will himself demand worship as God (he is the abomination!) and will place himself within the temple, after which destruction will ensue. This is reflected in what Jesus says:

Therefore when you see the abomination of desolation, spoken of by Daniel the prophet, stand in the holy place (whoever reads, let him understand).  Then let those in Judea flee into the mountains. Let him on the housetop not come down to take anything out of his house; nor let him in the field turn back to take his clothes. And woe to those who are with child, and to those who give suck in those days! But pray that your flight is not in the winter, nor on the sabbath day; for then shall be great tribulation, such as has not been since the beginning of the world to this time; no, nor ever shall be. And unless those days should be shortened, no flesh would be saved. But for the elect’s sake, those days shall be shortened (Matthew 24:15-22 MKJV, also compare 2 Thessalonians 2:3-4).

Notice, Jesus’ last statement above: And unless those days (the Great Tribulation) should be shortened, no flesh would be saved (alive). But for the elect’s sake, those days shall be shortened.

While we do not know by how much those three and a half years will be cut short, we do know that once it is cut, it begins the Day of the Lord and the return of Christ.

For a more thorough teaching on the Great Tribulation and the Day of the Lord, please view this:

Now, continue to our next addition in this series. It gives more details about the antichrist and Daniel’s Last Seven Years.