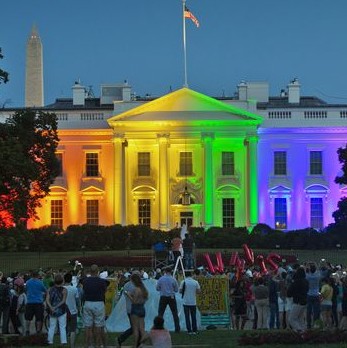 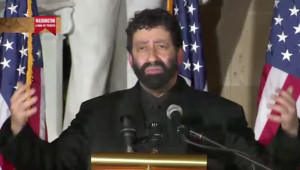 Rabbi Jonathan Cahn, who has been warning the nation about an economic crash this coming fall, is now speaking out about the Supreme Court ruling making gay marriage legal in all 50 states.

“We are watching changes of tectonic significance,” Cahn said during a speech at the annual Messiah Conference at Messiah College in Pennsylvania on July 4th.

“Two years ago, speaking at this conference, I said the ground is shifting beneath our feet. Now I say it has shifted. If ever there was a moment that has marked America’s and much of the Western civilized world’s departure, of a post-Christian America, that definitive marker has come,” Cahn said.

Cahn added, “And what happened was not just about marriage but a symptom of a civilization rejecting this Judeo-Christian faith that we brought to the world.”

The Rabbi went on to suggest that this marked the beginning of God dividing His sheep. There will be two Christian groups evident. One, would be a more popular but apostate and false church front and center, and then there will be another group, who are dedicated Christians, but persecuted and marginalized.

He affirms that it is the beginning of the end, at which point biblical prophetic events will occur which will culminate with the return of Jesus Christ.

Speaking before a group of Congressional leaders, Cahn told them that if a nation’s high court “should pass judgment on the Almighty, should you then be surprised if the Almighty should pass judgement on that court and that nation? We have crossed that line, the ground has shifted, and things are not going to be the same.”

Two months ago, Cahn warned leaders and members of Congress about the consequences of passing gay marriage.