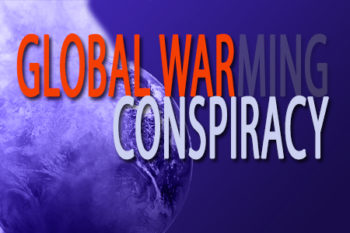 1) There is absolutely no verifiable data to prove that global temperatures are rising, much less that man is responsible for it — period! Yet there have been several instances in which scientists were caught doctoring data, here and here. Actual global temperatures from the past two decades have shown no signs of increase at all. The only data scientists can point to is the computer modules that they themselves have programmed with information in order to manufacture global warming! But those modules are wrong!

2) There are many well-known, intelligent politicians and commentators who all agree that global warming is real.

President https://dempohssscience.edu.in/1172-dte63717-how-many-people-used-online-dating-when-it-first-started.html Barack Obama has recently overlooked the rise of Islamic terrorism across the world and has insisted that “global warming” is a greater threat to national security. He even says that global warming “will impact how our military defends our country.” Imagine that. Then again, we’re reading more and more news stories in which global warming is being blamed for just about everything — when it snow, when it rains, or even when polar bears eat dolphins!

reference Pope Francis has weighed in on the debate, calling for a new global political authority to tackle “the reduction of pollution and the development of poor countries and regions.”

The United Nations is blaming global warming for the spread of disease in Africa; property loss and mortality due to wildfires in North America; and decreased food production and food quality in South America.

SUPERNATURAL REASONS?
Then, maybe, yes maybe, there must be some other non-physical reason for a belief in something that is not provable as true. We at news2morrow believe that there are supernatural forces acting behind the scenes of the world, bringing to pass that which was prophesied in the Holy Scriptures about the “last days.”

All this delusional and irrational belief in imaginary Global Warming can only push humanity to the prophesied One World Government, as predicted in the Bible.

As noted, Pope Francis, whom we believe is a key player in the end-time scenario, is already calling for a new global political authority to right the wrongs of “man-made” global warming.

A former science adviser to British Prime Minister Margaret Thatcher says the real purpose behind United Nations initiatives on global warming is only a pretext to lay the foundation for a one-world government.

Billionaire Bill Gates has even called for a kind of global government, arguing that the creation of such a system would be needed to combat major issues such as “climate change.”

The stage is being set for the establishment of the one world government. All of the major political players are in line with it. But one of the major obstacles to its creation is the United States. Yet, as we all know, Obama has been doing his best to diminish the role of America as a superpower.