Jesus’ Own Words Proves There is No Pre-Trib Rapture

If only Jesus had told us specifically the timing of the rapture we wouldn’t have so much squabbling among Christians today over whether it’s Pre-Trib, Post-Trib or Pre-Wrath Rapture!  Ah, dear reader, but He has told us, quite simply and plainly. Yes, His own words proves there’s no pre-trib rapture — only pre-trib teachers have taught us to disregard His words! 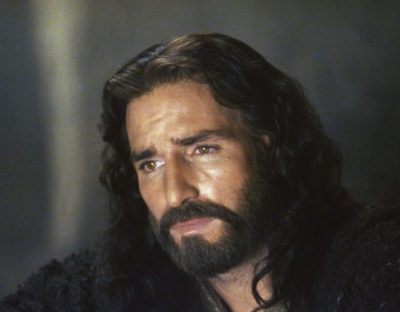 Jim Caviezel portraying Jesus in the Passion of the Christ movie

This is not hyperbole, this is the truth.

Matthew 24 is so critical to understand the events leading to His return, in that Morayfield Jesus lays out the Last Days timeline and pinpoints the rapture as happening after the Great Tribulation! Pre-tribbers insist that the rapture occurs before the Great Tribulation. Most people who read Matthew 24, and in fact the entirety of the Bible, without the help of pre-trib teachers, never come away believing in the pre-trib theory.  You have to be indoctrinated with it and the scriptures have to be manipulated to arrive at that conclusion.

This chapter is VERY IMPORTANT to fully understand. A lot of dirt has been cast on Jesus’ own words to promote a pre-trib rapture. Let’s take a look now at His own words without any commentary!

Jesus Gives Us the Timing for the Rapture

Please read the entirety of Jesus’ famous declaredly Olivet Prophecy in Matthew 24 for yourself. Follow His methodical, step-by-step progression of the events that occur during the Last Seven Years before His second coming. Below we cite only the pertinent scriptures leading up to the post-tribulation Rapture of the Saints.

Hillegom Matthew 24
(3)  And as he sat upon the mount of Olives, the disciples came unto him privately, saying, Tell us, when shall these things be? and what shall be the sign of thy coming, and of the end of the world?
(4)  And Jesus answered and said unto them, Take heed that no man deceive you.
(9)  Then shall they deliver you up to be afflicted, and shall kill you: and ye shall be hated of all nations for my name’s sake.
(21)  For then shall be great tribulation, such as was not since the beginning of the world to this time, no, nor ever shall be.
(22)  And except those days should be shortened, there should no flesh be saved: but for the elect’s sake those days shall be shortened.
(29)  Immediately after the tribulation of those days shall the sun be darkened, and the moon shall not give her light, and the stars shall fall from heaven, and the powers of the heavens shall be shaken:
(30)  And then shall appear the sign of the Son of man in heaven: and then shall all the tribes of the earth mourn, and they shall see the Son of man coming in the clouds of heaven with power and great glory.
(31)  And he shall send his angels with a great sound of a trumpet, and they shall gather together his elect from the four winds, from one end of heaven to the other.

Congratulations! You’ve rightly understood scripture and you now know more about the end times than 75% of Christians.

We cannot understate the importance of Jesus’ words here. They contradict all pre-trib theology! By no means should anyone casually gloss over this fundamentally important point made by our Lord and Savior.

Jesus defines the rapture, but it’s after the Great Tribulation.

Jesus’ words are actually so clear and simple in Matthew 24 that pre-tribbers have to scramble to denounce His words. And they throw a couple of smokescreens. The first one is that there must be two raptures then! Okay, time for another quiz. Answer these questions:

Another way they dismiss Jesus’ words is by saying, “oh, He’s not talking to the disciples who asked Him about His second coming, He’s talking to the Jews!”

Well, that’s a stretch. The Jews are not waiting for, nor interested in, His second coming at all. Nor did the Jews ask Him about His return — the disciples did!

Congratulations! You’ve rightly understood scripture and you now know more about the end times than most Christian pastors and teachers.

Plus, for those insisting that Jesus is only talking to the Jews, they are advised to go the Olivet Prophecy as recorded in both Mark and Luke, neither author of which is labeled as preaching to the Jews!

Yet, pre-tribbers are so insistent in believing their pre-trib theory that they will offer still another objection. They will insist that the elect that is raised up in this post-tribulation rapture are NOT Spirit-filled Christians — but Jews (I know, that’s a head-scratcher!).

Pre-tribbers may console themselves into thinking that the elect Jesus refers to here are the Jews, but may the following scriptures bring them an awakening to the truth.

Who are the ELECT?

Let’s recap the scriptures where Jesus refers to the elect in the Olivet Prophecy, and then show concrete evidence that the elect is the church!

Matt 24:21-22 Jesus says this:  For then shall be great tribulation, such as was not since the beginning of the world to this time, no, nor ever shall be. And except those days should be shortened, there should no flesh be saved (alive): but for the ELECT’S sake those days shall be shortened.

So whoever these elect are, God values them as gold!

What else to we find out about the elect in Matthew 24?

Matt 24:29-31 Immediately after the tribulation of those days … shall appear the sign of the Son of man in heaven … and they shall see the Son of man coming in the clouds of heaven with power and great glory. And he shall send his angels with a great sound of a trumpet, and they shall gather together his elect from the four winds, from one end of heaven to the other.

The elect is raptured after the Great Tribulation!

So now that we understand that the elect are raptured, let’s have the New Testament define the elect for us!

AND THIS LAST ONE is the clincher. When the New Testament compares physical Israel with the Church, the Church is called the election!

This election definitely rejects Physical Israel as the elect, and, when compared with the above scriptures, refers to those the Lord has called and filled with His Spirit — whether Jew or Gentile!

So will we accept Jesus’ words when He tells us the timing of the Rapture? Will we believe what He says over teachers manipulating His words? Can we begin to receive the truth of the scriptures and reject the pre-trib liner notes put in the bible by man?

We hope you do and we pray that our eyes be opened to His glorious truth!

[Please listen to the video above where Lou Comunale lays out the timeline for Christ’s return and the rapture during his appearance with Jake Grant on the NYSTV program.]

(click title link and your computer downloads it immediately)