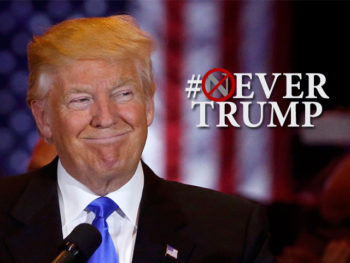 A Challenge to #NeverTrump Christians

There is anguish among many Christian groups over bakeca incontri a reggio emilia Donald Trump being the presumptive GOP presidential nominee.  Remarkably, there is panic, despair and downright contempt over Trump and this nomination that dwarfs any opposition to Obama and his destructive policies.

Many well-meaning Christian leaders have been dismissive of the Trump phenomenon, relegating it to a godless nation getting the candidate they deserve. They cannot see that God could be in the details. They cannot see outside of the boxes they’ve placed God in.

Duque de Caxias But let’s back up a bit and give context for the rationale for a Christian to vote for Trump. 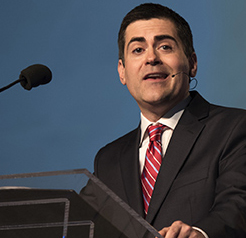 The last eight years of Obama and his liberal agenda have been destructive to this nation, as he unleashed his threatened “transformation of America.” We were no more “exceptional;” we were no more a “Christian” nation. We were now moving towards becoming a downgraded, socialist European country, that suddenly took the constitutional rights away from Christians and gave them to transgenders, a tiny minority of the nation.  Meanwhile, the other two branches of government, the Supreme Court and Congress, that are supposed to keep the president in check, have both capitulated to Obama’s agenda, and have allowed him to bypass the Constitution in executive orders and have given him a pass to further erode the nation.

You will not understand the necessity for a Trump at this time in America unless you understand what prompted his rise.

Both political parties have consistently undermined and eroded the nation’s Judeo-Christian heritage. The democrats were first and foremost in pushing America over the cliff, both financially and culturally. There was a time when the republicans would stand for the nation’s Judeo-Christian heritage, but alas, while we expected the democrats to sell the nation’s soul for their own gain, we didn’t expect the republicans to roll over and play dead, and simply sit back as Obama transformed America.

endearingly THE IRS USED AS POLITICAL HIT MEN
Patriots, Christians and moral minded Americans began to rise up in protest against the waywardness of the Obama administration and spontaneously began forming the Tea Party. Immediately, the Obama administration, sensing the beginning of a protest movement that would kill Obama’s attempts at changing America, cut them off financially by siccing the IRS after them.

That was bad enough. We expected that from the democrats, but the republicans did nothing to stop it, despite the congressional hearings they held only for show. Nothing was done to stop the IRS harassment of the Tea Party.

THE GOP ELEPHANT THAT SEEMED TO FORGET
If that wasn’t enough, these patriots bombarded the GOP politicians, demanding action. The republican candidates promised to stop Obama’s excesses in Obamacare and a host of other objections. But, alas, after two windfall elections that gave the GOP control of congress, once again the politicians deflected their promises and rubbed the noses of those who elected them into the dirt.

This is the preamble that puts the patriot-Christian support of Trump into proper context.

We are tired of the blurring of the two political parties into a force that opposes all that is good about America. We are tired of politicians pushing a PC agenda that is destroying America. The stakes for America’s survival are too high for us to keep electing those who would destroy the nation.

Everything about the Trump campaign has been totally unprecedented. He embodies a vision of our founding fathers that saw citizens occupying the top offices in the land, but today that has morphed into a political class that won’t give up their power. He is Mr Trump goes to Washington to root out the corruption in the top three branches of government.

WHAT WOULD JESUS DO?
When I appeared on Dr Michael Brown’s radio program, I wanted to present these two scriptural references for my stand in supporting Trump. I only got to give one.

The first one I gave was God’s instructions to Jeremiah about nation building, or in our case, nation rebuilding.

God tells Jeremiah: Behold! I have this day set you over the nations and over the kingdoms, to root out, and to pull down, and to destroy, and to throw down, to build, and to plant (Jer 1:10 MKJV).

Notice Jeremiah was to root out, pull down, destroy, and throw down, and only after he had done that he could build and plant. Therefore Jeremiah had to do twice the amount of demolition as he was to do building. And, for good reason.

For how can a righteous administration be built on a corrupt foundation? How can a righteous president govern over a legislative branch of government that has been bought and paid for by the illegitimate donations of a ruling, elite class bent on bringing the nation down.

First get rid of the mammon-grabbing political establishment and then you can govern.  With Trump, you have someone who is not tainted by the influence of mammon-dangling puppeteers operating behind the scenes.  He is free from such coercive methods by the ruling class.

People wonder what would Jesus do in the 2016 presidential election?

Some have the mistaken viewpoint that Jesus would be very PC, very gentle, very naive of political corruption. Nothing could be further from the truth. In fact, Jesus, when confronted with the corruption that was going on in His temple, did something that was very “un-Jesus-like” and He angrily turned over the money-changers tables because the services were run by the corrupting influence of these mammon-loving charlatans, who loved mammon and extortion over God and truth.

If Jesus was to comment on the presidential election of 2016, He would cite the need to remove the corrupting influences of the mammon-driven political force. In effect, He would turn over the mammon-changers tables within the parties.  Without doing this, you cannot build a lasting, positive influence for the nation no matter how righteous a candidate you put into office!

For all of Trump’s warts, He at least bypasses the political class controls and is not beholden to the elite power-brokers’ mammon that robs our freedoms by funding anti-American agendas, meant to bring the nation down while the elite alone selfishly reap financial rewards. 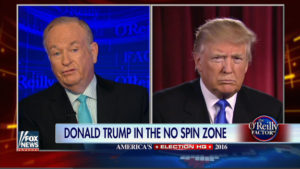 ABORTION CAN BE OVERTURNED! (BUT NOT IF YOU SIT THIS OUT)
Donald Trump was asked on “The O’Reilly Factor” (5/10/16), what he would do as president to show he was pro-life. He responded he would appoint pro-life justices to the Supreme Court. There may be up to five justices that may need to be replaced in the next four years.

He shied away from stating that Roe V Wade would be overturned. But that’s a brilliant response. It is not his job to overturn Roe V Wade, it’s the job of the Supreme Court. And there’s no point in signaling to the left the pro-life agenda. Yet, the truth is that it’s more than likely that another abortion lawsuit brought before the Supreme Court, when filled with a majority of pro-life justices, could reverse Roe V Wade and we could see abortion outlawed in our lifetime.

Such are the stakes involved in this election. This fact alone should negate the opposition of the #NeverTrump Christians. Hillary Clinton will appoint pro-abortion justices and, if so, we may not have this moment of opportunity again in decades. If one wants to see Roe V Wade overturned, there’s no legitimate reason to sit this election out.

Destiny requires you to take a stand for life this election. If you sit this election out, you will have made no contribution to the protection of life, as you self-righteously dig in your heels, erroneously believing that you’re taking a righteous stand and acting on Christian principles.