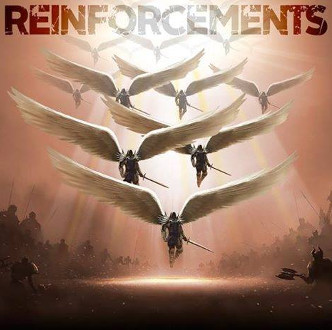 God to Release an Army of Angels


Chabahar “God to Release an Army of Angels”
mentalist partnervermittlung A NOW WORD for YOU & the NATION
http://crystalwarehouse.com/?author=6 God is longing to release more of His angels on the earth, but you have a part to play

I received this word on October 3rd, 2016, during a prayer meeting where 2 Chronicles 7:14 was quoted aloud: “If My people who are called by My name will humble themselves, and pray…”

God spoke very clearly to me and said, “Here is why I need my people to pray NOW! — I’m longing to release more angels into the earth, into the government, into the churches, into the families — but I can’t if My people are not praying!”

I asked, “Can’t you just release your angels?”

I felt God said, “No, I need My people to pray or they will not be released!”

Startled, I thought, “Where in the Bible does it say that our prayers release angels on earth?”

Immediately the Holy Spirit gave me two passages of scripture in Daniel 10 & Acts 12.

1) In Daniel 10, Daniel is humbling himself, praying and fasting for 21 days. A messenger angel was released immediately but there was a fight in the heavens! The archangel Michael had to come and help the messenger angel before Daniel could receive the answer from God.  In this passage we clearly see angels being released as a result of a person humbling himself and praying – as described in 2 Chronicles 7!

Daniel 10:12-14 says, “Then he said to me, ‘Do not fear, Daniel, for from the first day that you set your heart to understand, and to humble yourself before your God, your words were heard; and I have come because of your words. But the prince of the kingdom of Persia withstood me twenty-one days; and behold, Michael, one of the chief princes, came to help me, for I had been left alone there with the kings of Persia. Now I have come to make you understand what will happen to your people in the latter days, for the vision refers to many days yet to come.’”

2) In Acts 12, Peter is thrown into prison, after which the church earnestly prayed for him day and night. As a result of the church’s prayer, an angel was released and Peter was set free from the prison by the angel. Peter is a spiritual analogy for Christians in the church who are spiritually imprisoned and have fallen asleep.

God is longing to release an Army of Angels for the church and throughout this nation!

Acts 12:5 & 7 says, “Peter was kept in prison, but earnest prayer for him was made to God by the church.  And behold, an angel of the Lord stood next to him, and a light shone in the cell. He struck Peter on the side and woke him, saying, ‘Get up quickly.’ And the chains fell off his hands.”

Then the Holy Spirit revealed to me, “If My people, who are called by My name will humble themselves and pray, I’ll release numerous angels to the earth – so many that people will notice them! I’ll open people’s eyes so they can see them – just like I did for the servant in 2 Kings 6.”

In 2 Kings 6:16-18, we read: “So he answered, ‘Do not fear, for those who are with us are more than those who are with them.’ And Elisha prayed, and said, ‘Lord, I pray, open his eyes that he may see.’ Then the Lord opened the eyes of the young man, and he saw. And behold, the mountain was full of horses and chariots of fire all around Elisha.”

Lord, we ask You today to raise up more prayer warriors and intercessors for Your name’s sake. God we humble ourselves and ask You to release Your Army of Angels into our churches, our government, our schools and our homes… Thank you, God, that there are more with us than against us. In Jesus’ name, Amen! 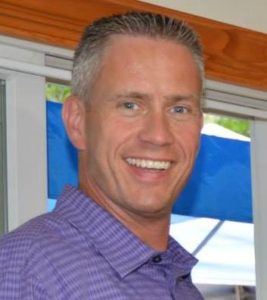 Kim Nielsen is an anointed minister, who moves in the prophetic, gifts of healings and words of knowledge.  Kim’s passion is to see people transformed, healed and delivered by the power of the Holy Spirit.

Kim served as an Assistant Pastor in Denmark for five years and in 2006 he sensed a call from God to sell everything and move with his family to the United States as a missionary. In 2007 he became a licensed minister under Matt Sorger Ministries where he served for seven years as missions and conference director.

In 2014, God called Kim to be an Assistant Pastor in Church on the Sound, Stony Brook, NY, where he had already served as an elder.

Many have experienced breakthrough and healing through Kim’s ministry. He travels nationally and internationally, ministering the Word in the Power of the Holy Spirit.