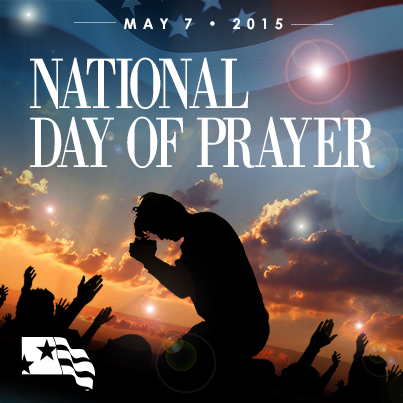 Since 1952, the National Day of Prayer has been an annual day of observance held on the first Thursday of May, designated by the United States Congress. People are asked “to turn to God in prayer and meditation”. Each year since its inception, the president has signed a proclamation, encouraging all Americans to pray on this day.

And if you’ve been watching the news, you know that we have lots to pray about for this nation. If you’ve lived 50 years or more, you’ve seen how far America has fallen from its moral foundations.

We as a nation are surrounded with problems far greater than our ability to solve. And yet, these growing problems from several decades now have coincided with our rejection of God from our schools, our public squares, and our hearts.

America was founded on Christian principles, but you’d never know it now. There has been a wave of anti-Christ sentiment that has hit America, from all sides, from the President on down.

Whatever we once were, we are no longer a Christian nation — Barack Obama

So, let us use this day to pray against the massive wave of intolerance against Christianity and that God may once again be revered in the land, that America may yet thrive again!

More info on the National Day of Prayer here. A list of the many recent attacks on Christianity in the nation can be found here.

What are some of the prayers you’re offering today; please comment below.