Prophetic Words for Our Day

purchase prednisone for dogs News2morrow, believing that the Lord speaks personally to individuals today, asked people on its Facebook newsgroup (here) about what they’ve heard from the Lord regarding the “last days.”

A number of interesting comments were received and we present them to you now.  Scripture also teaches us the need to ‘test’ the word. Here are the most compelling words given: 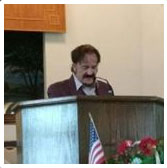 I met with my best friend the other day that just completed his Master of Divinity Degree. I am currently finishing my second MA which is in theology. He told me he had a dream (this guy never has God dreams) where God took him along the East coast of the USA. He was shocked that the entire coast was destroyed from way up north down to Florida. It was devastated! He then saw that it had been a gigantic tsunami. He actually saw it after he saw its devastation. It came in several waves and ended in a huge wave.

I find it amazing how great his mercy is for us. He is willing to keep his hand protecting us if we just show some sign of reducing the amount of abortions that occur. He didn’t mention totally outlawing it right now; he said he was going to show mercy if he saw that the legislators were going to fight to just keep the government from funding the abortions. I thought that mercy was amazing. God bless all!

The Effect of Gay Marriage on the Land
Robyn Murphy 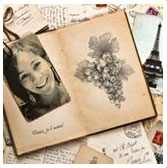 Now that gay marriage is the law of the land, Robyn Murphy shared a prophetic word she had about one day bibles being illegal in the United States! (see news item).

Robyn recalls one day about 19 years ago she had a bible study in her home with praise and worship. She relates: My husband used to tease me about having so many bibles. I loved studying various versions of the bible. One of those Sunday evenings, I was looking for a particular bible and when he began teasing me again, I said, “This is America, I can have as many bibles as I want!”

Just as I said that, the Spirit of God spoke to me and said “There’s coming a time in America when bibles would be illegal!

It stopped me cold in my tracks! I couldn’t wrap my mind around that statement. During that time, Word of faith was very prominent and in the forefront of Christianity. How could bibles ever become illegal? It didn’t make any kind of sense to me. But every so often I’d be reminded of what the Lord said.

Now, because gay marriage is the law of the land, I can see how that could easily happen. When something becomes legal, the inference is, the opposition is illegal — meaning if we teach that the bible says homosexuality is wrong, what society says is legal has become what’s right, because it’s legal. Again, the inference being what is wrong is illegal. There is such a squeeze on the church right now. 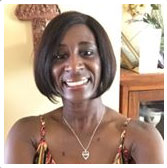 I believe this is God’s word for today! 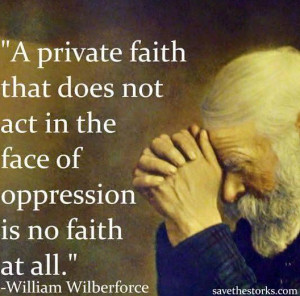 William Wilberforce was an English politician, philanthropist, and a leader of the movement to abolish the slave trade. (Wikipedia)

Shall the throne of iniquity, which devises evil by law,
Have fellowship with You?
They gather together against the life of the righteous,
And condemn innocent blood.
But the Lord has been my defense,
And my God the rock of my refuge.
He has brought on them their own iniquity,
And shall cut them off in their own wickedness;
The Lord our God shall cut them off.
Psalm 94:20-23 New King James Version (NKJV) 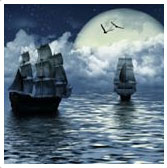 The Lord has been speaking to me for the last seven or eight years regarding the release of great darkness upon the earth, but also the release of His greater Glory and power and Light.

He will not allow us to be overcome if we remain in Him. There is going to be a righteous remnant of people who are going to be strong in the Word, and as that Word is released, an awakening is going to begin, starting in the church, this will lead to repentance, which will then bring about a great revival, I believe the likes of which we have never seen.

I am not a doom and gloomer, but I am also not ignorant to the fact that sometimes God’s mercies are shown through judgement.

I believe we are in a critical hour as the Body of Christ. We truly need to consecrate our lives unto Him and let go of anything and everything that may be sinful or holding us back in our walk with Him in this hour.

I believe we are at a turning point of sorts — intercession is vital.

Trust in the Lord!
Angela Wambaugh 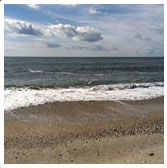 I keep hearing the phrase ‘trust in the Lord, you shall not tire.’ 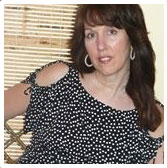 Yes 911 keeps coming up constant on my clocks. My eyes are falling on that time for several weeks now.  I’m aware it is warning, also it is still very clear that great days are ahead — we must know that as people of God! 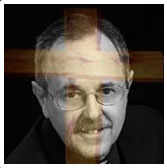 The coming judgment is unavoidable. There is no safety in guns or stockpiled provisions. The only safe place to be is where God wants you to be. The only safe thing to do is what God tells you to do. The next big revival will be in the FEMA Prison Camps, between the barracks and the guillotine… These things I have heard from the Lord. 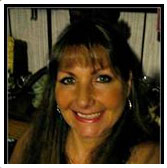 Behold, I send you out as sheep in the midst of wolves. Therefore be wise as serpents and harmless as doves, Matthew 10:16. 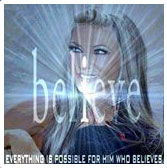 JESUS IS COMING QUICKLY FOR HIS BRIDE WITHOUT SPOT OR WRINKLE LOOK UP YOUR REDEMPTION DRAWS NIGH!

Feel free to comment below or add what the Lord has been telling you.