If America is going to have a turnaround — and it is! — it’s going to be the result of ministries that intercede for America, like Rob and Reeni Mederos’ Warriors International, Inc. 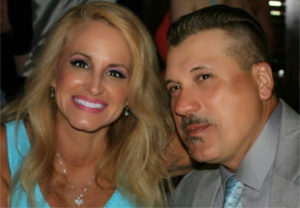 Reeni has a powerful internet broadcast called National Prayer Call, which the Lord had prompted her to conduct weekly for the 2016 presidential elections. What’s startling about this prayer call is that she incorporates the newly learned intercessory strategy of “entering the courts of Heaven” (which was pioneered by Apostle Robert Henderson).  This teaching allows the intercessor to prevail in heavenly courtroom activities that decide the fate of nations. Thankfully, ministries like Warriors International are utilizing this strategy on behalf of America, Donald Trump and the Awakening to come.

News2morrow‘s founder, Lou Comunale, appearing on a recent program, insisted that the church has become far too focused on doom and gloom, end-time scenarios which, he says, has immobilized Christians into complacency and inactivity.

Now is the time, Comunale says, that the church needs to advance God’s agenda for America and not come in agreement with the enemy’s agenda. For God is not through with America, but has a divine restoration plan that boggles the mind; and that includes bringing Donald Trump into the presidency.

Enjoy this lively prayer call and pray along for America! [some technical issues at times with audio]