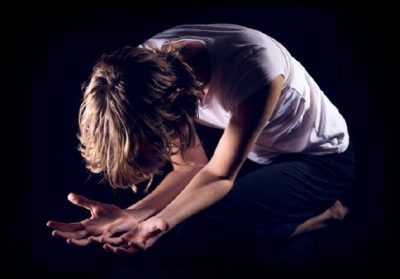 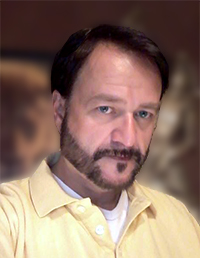 THIS IS AN IMPORTANT PROPHECY by Dwayne Powell, founder of Awaken Now Ministries: Test it by humbly bringing it before the Lord, that He may confirm or deny it.  God is requiring His intercessors to genuinely “weep and wail” for the sins of this nation. The following Word says we’ve been seeking an American Awakening without the deep humility required before God; a humbleness that produces deep tears from broken hearts for the sins and abominations of this nation. This is what is expected of His servants in this hour.

It’s not easy presenting a hard word, but judgment does begin in the household of God.  In this Word, God corrects His church in America for both allowing such perversity to arise and for not recognizing the grievous depths of sin that we’ve tolerated. We need to remove the callousness of our hearts and sigh and cry for the abominations being done in the land for healing to come. Here’s the word given to Dwayne and me during a prayer session on 10/9/17.

I have left the nation in your hands to cultivate it and you’ve let the land be ruined. Crops and land are ruined. The stench of it has risen to My throne. And it is in your hands that I require an answer: not the lost’s hands; not the sinner’s hands; but in your hands will I require an answer because you are the servants I left to cultivate the land. It was My people who allowed this to happen to My land. Submit and humble yourselves, and heal the land before I return.

[I petitioned God to turn away His wrath and to cause His intercessors in DC to weep and mourn for the sins of the nation as well.]

If My people do not turn away from their pride, I will not relent in My wrath. Therefore you pray on their behalf that they may humble themselves that I withhold punishment.

Before a child is born, the water breaks. And there’s birth from water. This last great Awakening will be birthed through the water of your tears. This is how you will know this will come to pass, as it is now even happening – it’ll be through your tears. The tears will bring about that Awakening.

Following is a glimpse of a vision Dwayne also saw that night. This drove us both to tears. This may be difficult to accept, but again we encourage the reader to present this to the Lord.

Dwayne saw a scroll opening up in heaven which then revealed a window into the Throne Room. It was just a glimpse. There was silence in the throne room of heaven, reminiscent of Revelation 8:1, when God paused before unleashing His wrath on the Day of the Lord. The stench of the land had reached the Throne. There were angels and saints present before God’s Throne. In the middle of His Throne there was a dark, black cloud, like incense that comes up from the earth; however, this was sin. There was soot everywhere, polluting the Throne Room of God. And it made Father God want to gag and vomit. Sin had reached such a level in America that it made Him angry and He was being forced to respond. In fact, His love and justice requires for Him to respond. Hence, our earnest weeping and sighing.

https://www.stellasenra.com.br/2525-dtpt99584-site-namoro-moz.html If My people, who are called by My name shall humble themselves, and pray and seek My face and turn from their wicked ways, then will I hear from heaven, forgive their sin and heal their land (2 Chr 7:14).

Wicked King Ahab gave a good description of humbling himself before God.

And it came to pass, when Ahab heard those words, that he rent his clothes, and put sackcloth upon his flesh, and fasted, and lay in sackcloth, and went softly (1 Kings 21:27).  Other translations render the word softly as deep mourning. God then accepted his prayer (1 Kings 21:29).

James 4:7-10 shows us this: Submit yourselves therefore to God. Resist the devil, and he will flee from you. Draw nigh to God, and he will draw nigh to you. Cleanse your hands, ye sinners; and purify your hearts, ye double minded. does neurontin help a meth comedown Be afflicted, and mourn, and weep: let your laughter be turned to mourning, and your joy to heaviness. Humble yourselves in the sight of the Lord, and he shall lift you up.

This is true humbling oneself before the Lord Almighty so that our land may be restored.