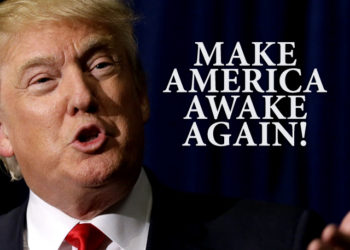 We all seem to sense something climatic is about to occur in America today. Either we will see the end of America as we know it or we will see the Third Great Awakening to come upon the land. It can’t be both!  And, the key to which way we end up is in the 2016 Presidential Election. 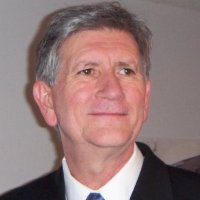 In this featured video, Thompson gives details of a spiritual encounter he had with an angel, who revealed details about Donald Trump and this election.

THE SPIRITS HOLDING BACK REVIVAL

Thompson says that the Lord began speaking to him around 2005 about certain spirits attempting to control America. PLEASE NOTE: The spirits that he identifies below are manifested in the land through Political Correctness!

The two primary spirits attempting to control the United States government, he says, are the spirits of Jezebel and Phariseeism.

The Jezebel spirit, already operating in Europe, he says, are defined as anti-Christ, anti-God, liberal, idolatrous, murderous. “One of the main doctrines that it teaches,” says Thompson, “is tolerance, so long as you agree with them. If you don’t, they’ll cut your necks off as soon as they can.”

Phariseeism, he explains, is legalism in disguise. It’s control and manipulation by power and, like the snake in the garden, it can deceivingly use scripture to justify its operations.

He says the Lord told him that these two spirits will attempt to undermine the 2016 Presidential Elections. “Our job is to not let them! Our job is to stop them in prayer!”

Can you begin to see how insidious political correctness is in the land? It is anti-God, yet appears to be fair. It is tolerant of all other opinions, so long as it’s not Christian morality!

SPIRITUAL ENCOUNTER
Thompson, who has for many years kept his political convictions to himself and never attempted to influence anyone’s decisions when it comes to voting, had this dramatic spiritual encounter which changed his views on certain matters.

“An angel came to him and spoke to him about Donald Trump, saying, “The dogs of hell have been released against the one whose the Lord’s hand is upon.”

And this is quite evident if you’ve been following the political situation today. This is why this election cycle is so unlike anything we’ve ever seen. It’s because God’s hand is upon Trump and the forces of evil have been trying to stop him.

HOW TO PRAY FOR TRUMP
The angel gave Thompson three specific prayer points for Trump: Pray against the spirits of false witness, hatred and murder.

While the angel was speaking these things, the Lord Himself intervened and explained the angel’s words.

And just by looking at the political atmosphere, you can tell that these three spirits are attempting to come against Trump. For instance, many false witnesses are coming out of the woodwork to insist that Trump is a racist, homophobe, sexist, etc. And, many prophetic voices have been given the instruction to pray specifically against assassination attempts against him.

One other important prayer point for intercessors is this: “Release into the atmosphere truth and justice!” And once that is done, the angel told Thompson, “we (the angels) will break the back of the enemy.”

THE THIRD GREAT AWAKENING
While some in the doom-and-gloom crowd think Trump is either a fascist or an antichrist, we at News2morrow have maintained that there is something about Trump that will prophetically release a shift in the nation, in that, once Trump becomes president, he will have circumvented and prevailed over the controlling political forces that have been pushing the nation away from God.

“The Revival that I showed you before that is coming, and flowing throughout the land now,” said the Lord to Thompson, “is keyed to coming into full sway and be triggered by the (2016) election.”

Trump is “the last major shift that has to happen in America” that will break the political correctness (the spirits of Jezebel and Pharisee) over the land in order to allow revival and God’s will to come full force.  Lance Wallnau is quite justified in calling Trump the “wrecking ball of political correctness!”

And anyone with an eye to see can’t help but see the spiritual warfare taking place over this election. It’s imperative that we all pray for Trump and America for God’s harvest.

See the next two prophecies on Donald Trump by Mike Thompson (click titles below):

SPIRITUAL WARFARE BEHIND TRUMP’S PRESIDENCY;
SIMPLE PRAYER STRATEGY FOR AMERICA AT THE CROSSROADS