There is unprecedented spiritual activity surrounding the candidacy of Donald Trump to the White House.

Even if you don’t have eyes to see into the spiritual realm, there’s no doubt that you can clearly sense a struggle in the political parties and in the nation that we’ve never seen before. Not only are the democrats clearly warring against Trump, but so is the element within the republican party that seems to have a kamikaze tendency of destroying itself in order to keep Trump out of the White House.

Why is this so? 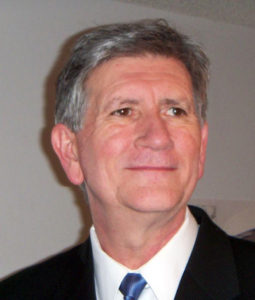 DOGS OF HELL UNLEASHED
Apostle Mike Thompson of Word of Life Church in Las Vegas, Nevada, had a vision from the Lord on April 7, 2016. An angel appeared before him and said, “The dogs of hell have been released against the one candidate with the hand of the Lord on him.”

And this is why there seems to be so much antagonism coming up on all sides against Trump.

Thompson further explains.  “This is the first time” in American history in which the “Apostles and Prophets are the primary driving force behind the presidential election.”

And that driving force is behind the candidacy of Donald Trump to the White House — which, he says, will ultimately bring revival to the land!

Hence the spiritual struggle, and the growing opposition to Trump’s candidacy. There are dark, spiritual forces using human agents to try to stop God’s plan from being fulfilled.

“The apostles and the prophets,” he continues, “have risen up in the United States in this election cycle to declare what they’re hearing in the Spirit and it has been opposed by the religious right.” 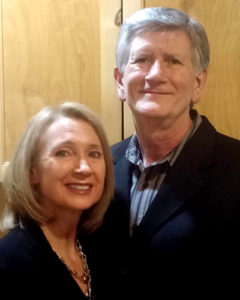 THE SPIRITS BEHIND THE POLITICAL PARTIES
The religious right, he says, is patterned after the spirit of the Pharisees, which is legalism in disguise. It’s control and manipulation by power and they can misuse scripture.  The left, on the other hand, have been patterned after Jezebel, who opposes all the things of God. They are antichrist in nature and are only tolerant in the public arena of ideas for their own agenda and misinformation. And, as Jezebel had the spirit of murder, so do these leftists who will stop at nothing to murder the ideas that oppose them.

Therefore the Lord bypassed the controlling spirits of both parties and brought in one (Trump) who can topple their cushy lairs and debilitating influence.

PRAYER STRATEGY FOR TRUMP
The angel who spoke with Thompson stated emphatically, “Speak against the spirits of false witness, hatred and murder. Release truth and justice into the atmosphere, and we (the angels) will break the teeth of the enemy.”

This will bring the final shaking into the political parties that will finally bring the Third Great Awakening to America.