Is there a link between info coming out of WikiLeaks and Prophecy Fulfilled? Let’s revisit this prophetic word from 2010.

Never before has the American voter been exposed to such a daily barrage of government corruption on a massive scale, as has happened during the 2016 presidential elections.  The eyes of American voters have been opened up beyond their capacity to contain all the filth. This exposure was due, primarily, to the revelations of leaked democrat party emails through WikiLeaks.

Voters were able to learn how democrats really operate behind the scenes, as they perverted the law, broke campaign rules and carried out devious plots against their political enemies. In protest, enough voters vomited out the chief purveyor of this corruption, in the person of presidential candidate Hillary Clinton.


This uncovering of deep rooted corruption within the Democrat Party, and the secret deals they made with the liberal media to pervert justice, has all been prophesied. 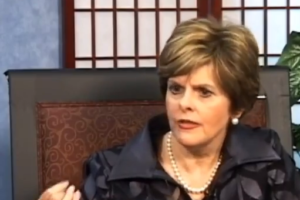 Prophetess Cindy Jacobs of Generals International has always had a love and concern for America.

Prophetess Cindy Jacobs of Generals International foresaw this time when she gave a “Prophetic Word for America” in November 2010, in which she outlined God’s plan to reveal the deep “layers of deception in this nation.”  And, despite the sense that “nobody can see what they’re doing,” she says, God will “shake and expose” them all.

“For the Lord would say to you, ‘I am getting ready to begin to peal off layers of deception in this nation,’ says God.

“‘I am getting ready to expose corruption that is at levels that people would say that cannot be! But the Lord says, ‘Believe it! For I have shaken Wall Street but I am getting ready to shake and expose handshakes, coercion, people that have worked with other people but thought they were totally protected beneath layers and layers of protection that nobody can get at them, and nobody can see what they are doing,’ but the Lord says, ‘The important thing is that I see!'”

The first part — of this two-part prophetic word — was certainly fulfilled by God in 2016, as he allowed the exposure of corrupt democrat politicians and the liberal media through, as strange as it may seem, these servants of His:

Seeing that the first part of this prophetic word has come true, we can rest assure that the second part of the prophecy will also soon be fulfilled. Jacobs says that the Supreme Court has been corrupted by judicial activism. However, that will be soon be overturned as President Donald Trump nominates pro-life, constitutional originalists to the Supreme Court.

“‘And I am getting ready to come with a wind of the Spirit and I’m going to blow through and even begin to shift and shake the court systems of judicial activism,’ says the Lord.

“‘For there are those who thought they were a law in onto themselves because they sit on a judge’s bench,’ but God would say, ‘No, I am the great Judge of the universe and I have convened the Court of Heaven,’ says the Lord, ‘And I am getting ready to shake and even remove some,’ says God, ‘who would think they could not be pulled down from their  position.’’

“But God would say, ‘As in Isaiah 22, when I removed one and put another in, I removed one, Shebna, put in Hilkiah, who had the father’s heart,’ and the Lord would say, ‘I’m getting ready to sweep judicial activism. I’m shaking the courts next,’ says God, ‘Watch and see what I will do!’”

This is the Lord’s work and it is marvelous in our eyes!